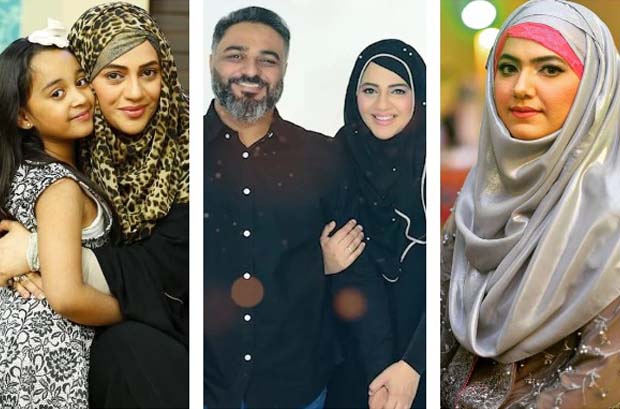 Urooj Nasir is a true inspiration for all of us, she’s the one who stood by her limits and teachings of Islam even during the toughest periods of time. Her school of thoughts, her so much soft tone, lovely gestures, and positivity soon compel everyone to fall for her. Worldly pursuits and luxuries of life are not her priority but to promote hijab and preaching Islam to those who are far away from it.

She went through a lot in life, her first marriage to actor Nauman Masood ended at a bad point. His bad habits made their relationship a poisonous one and it was definitely her right to get herself out of it. She did it and moved on in her life. Later she married another person named Sheraz Chaudary. Here we are posting some heart-warming pictures and videos of them.

She’s telling about the reasons behind choosing him as her life partner. She said he’s the one who’s my companion in my ibadat and my relationship with Allah SWT. His second most important quality is his honesty and truthfulness which won her heart. Urooj Nasir added that unlike modern boys and girls he didn’t prefer to have a relationship without Nikkah and preferred to marry as soon as possible.

Now she’s happily married to Sheraz Chaudary and we love it how they both support each other. They are definitely Made for each other. Urooj is a role model for our young generation. It’s very important to hold your Emaan firmly, only then you can be successful. Here are beautiful pictures and videos of Urooj Nasir with her husband. Have a look.

Got anything else to add to the story? Write to us here in the comments section below. Thanks!